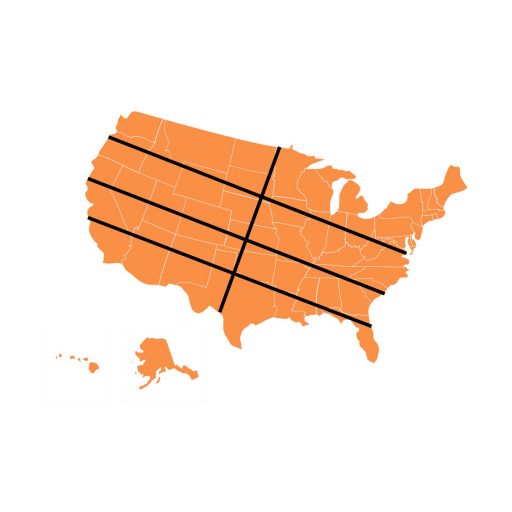 Tennessee’s hoopers have embraced a brand of basketball embodied by the Memphis Grizzlies. That Grit and Grind style of basketball started by Zach Randolph, Marc Gasol, Tony Allen, and former head coach David Fizdale. The same energy that these players gave every night oozed into some of the players in the area. Over the past two years I’ve had the pleasure of playing with one of the best defenders I’ve ever met. With an athletic build and amazing foot speed it was hard to get around him around off the dribble or over him when going to the basket. Much like the Grit and Grind era Memphis Grizzlies you’d never ask him to shoot a three, but you couldn’t ask for a better defender on your team.

Memphis is a hotbed for talent in Tennessee. According to MaxPreps, eight of the best high school basketball teams are all positioned in Memphis. Last year, Memphis East became one of the top five basketball schools in the nation. Then coached by Penny Hardaway, the new Memphis University coach rallied his team to new heights. That group of kids were tough and well oiled even though they weren’t invited the nationals they showed they have the talents to be in the conversation next year. They’ll be led by James Wiseman, ESPN’s top basketball recruit and our first feature athlete in Traveling Hooper’s history.

What goes unnoticed in the State of Tennessee is their girls’ basketball teams. Just last year the state had eight of the nation’s top 100 basketball player’s, according to ESPNW’s rankings. Each of those young hoopers chose elite division 1 college programs. Next year’s class sees those numbers drop slightly but expect just as much excitement and competitiveness this season. We are subject to profile a few of those elite girls’ basketball teams once the season starts so stay tuned for more!

When it comes to Tennessee basketball, there’s basically Memphis, and there’s everywhere else. That’s an exaggeration, but only kind of. The fact of the matter is that majority of basketball talent in the state can be found in and around Memphis and Nashville. What makes Memphis unique is that the level of talent of there is higher than most places, for whatever reason.

Hoopers in Memphis, with their athleticism, aren’t exactly prone to settling for jumpers. This tends to allow jump shooters to shoot relatively uncontested. This can lead to shooters struggling and getting frustrated when facing defenders that don’t give them space.

Players in Nashville, while not quite as talented, are chippier. They’re also better defensively, even if for no other reason than they, generally, put more effort in on that side of the ball.

When it comes to coaching, there seems to be a dearth of coaches able to develop talent, specifically at the high school level. This means that players don’t improve as much as they could or should and are largely the same player when they start high school as when they leave it. Add in that most coaches are only OK X’s and O’s wise and you have an environment where small differences in player talent have an outsized effect on team success. A good coach that can develop talent with a team that’s about average, talent wise, would be able to play with just about anybody (except East).

Tennessee basketball, what to say about Tennessee basketball. Well, I’ll start off by saying this, hoopers from the state of Tennessee talk a big game. It doesn’t even matter what part of the state they are from, Nashville to Memphis and everything in between. You will go into a game with someone from Tennessee thinking you’re about to play a Bad Boys Pistons type game. A dog it out, grind time, grit your teeth kind of game. I am here to tell you this now. If that is the type of game you are expecting, you will be very disappointed. Out of all the states in this country we live in called the United States of America, Tennessee players might talk some of the biggest game of all the states. When the ball is checked up or the tip is thrown, that bulldog mentality that you would think would come hand and hand with their incredible talking is thrown out the window. You will get fouls called against you, It’s inevitable. You’d expect a Louisiana type battle on the court, but you’ll end up with something to the level of your little sister’s middle school slumber party pillow fight.

With offers from many of top schools including assumed top choices Kentucky and Memphis, James Wiseman has the size at 6’10“ and 210 pounds with a long 7’ 5” wing span to play the four in the NBA and in small ball five right now. He likes to take a power dribble on the baseline finishing with a left hook, his bread and butter or a turnaround jumper. He can dunk on your head and will dare you to contest him at the rim. I love that the kid can consistently get in good position on the post but if you take that from him his developing face up game can lead to a defender’s punishment. That part of his game is there and becoming more of problem for defenders. He does damage on both sides of the ball.  Defensively he has great footwork staying out of foul trouble with his mobility, good hands, and his length allowing him to block a lot of shots. The kid has a lot of upside but needs to work on his strength which will come with age and a college weight room. He needs to continue to refine is face up game to truly reach his ceiling at the most elite levels of the game. Wiseman’s size, slight frame, and developing face up game his comparison screams Chris Bosh as a ceiling. Thanks to his mobility and size his floor is quite high, I compare him to Sam Perkins a player who was able to carve out a nice career for himself over 16 years.

One thought on “The Traveling Hooper Plays Tips In Tennessee”