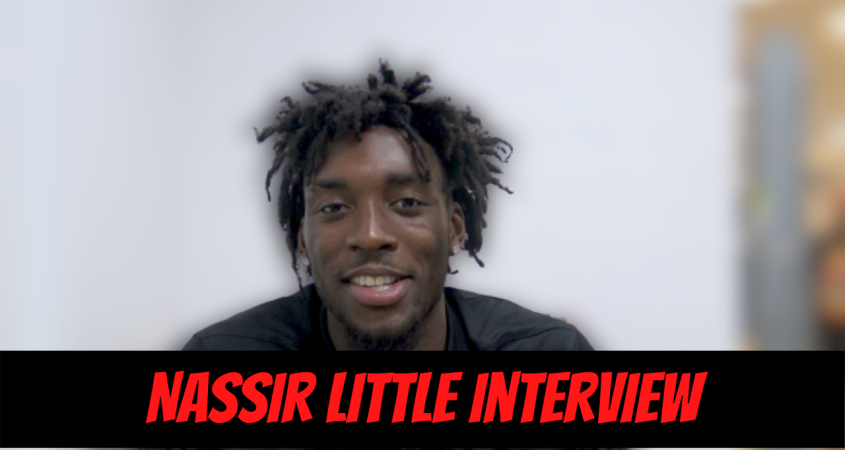 Your first in anything is a big moment. First birthday, first loose tooth, first time driving. They’re all pivotal moments in our development. For professional athletes, hosting their first camp can be a similar experience.

Roughly 300 kids from ages 8-17 packed the Orlando Christian Prep gym during Friday and Saturday afternoons. Top prospects from central Florida were in attendance, including several middle schoolers that have the chance to replace the older campers.

I sat down with Nassir Little to talk about a dream that’s more than a decade in the making. You can find the video interview here.

How long have you wanted to host your own camp?

I went to a Vince Carter camp back in 2010. I think for me seeing how he interacted with us and just being a part of that. From that moment on, it just set a foundation of my dream of going to the NBA and eventually being able to host my own event like that. So I say for about 11 years now I’ve wanted to host something like this.

Wow, that’s dope. So how does it feel to have your first camp at your old high school?

Having my first camp at my old high school is amazing! Being able to give back to a place that I went to and having kids understand the dream is possible to achieve. Having me be here interact with them and just know that the NBA is a tangible thing, is super important. It gives a lot of kids hope, so just having it in this environment has been great.

I think the camp has been going great. We’ve had a great turnout, a lot of kids have come out, parents have been supportive of it. We’ve had people donate and sponsor kids for them to be here. These kids are out here having fun, being able to learn a couple of things, and getting involved with the game. It’s important to get kids active and just be a part of the community. So I think it’s been going great and I can’t wait to do it again.

I know I said we only have three questions, but I have one more just to be messy. Who’s been your favorite group so far: the little kids or the high school guys?

It’s kind of hard to say a favorite group. Each side brings a different element that I like. With the younger group, there’s just a little more joy. They’re just excited to be out there running around. They have a blast with everything. They’re so excited and cheerful.

With the older kids, they’re a little cooler. So their enthusiasm isn’t the same level, but I feel like their competitive nature and attention to detail is a bit higher. And I like that. I think they compete at a higher level. They grasp the concepts a little better, which is expected.

Both have elements I like and appreciate. Me being a part of both of them is a perfect balance.